Everything you need to know about explosion safety 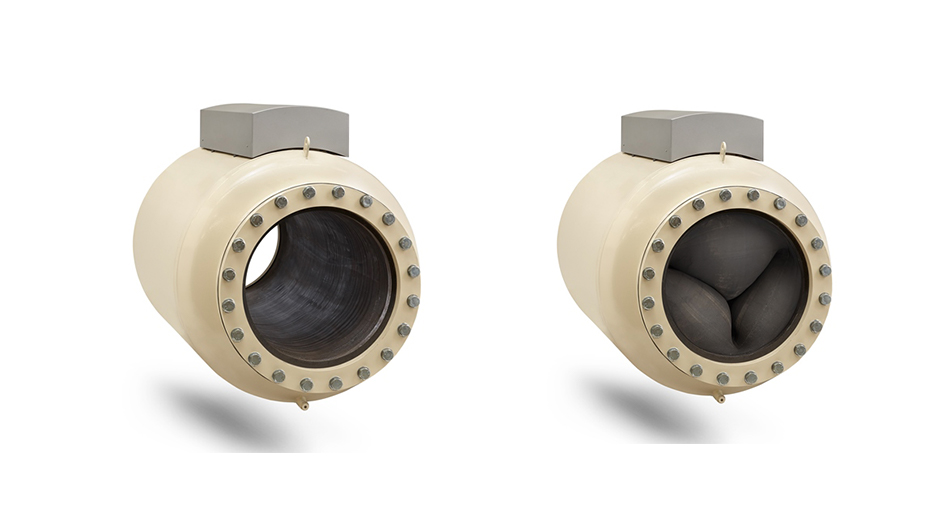 Explosion safety covers a broad range of applications. This article gives you brief but comprehensive information about the basics of explosion safety and the available protective systems for this purpose.

Whether it is screens, dryers, mills or filters in the food, chemical or plastics industry, whenever a production process generates dust, the relevant plant is potentially at risk of a dust explosion. This means that preventative and protective measures are needed in order to reduce such a hazard.

To decide whether and to what extent precautions are required, you would first conduct a systematic risk assessment. The first stage is to gauge the probability that an explosive atmosphere might be created and whether there are any potential sources of ignition (see Fig. 1). Next, you need to classify the effect that an explosion might have (see Fig. 2). 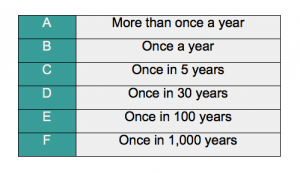 Fig. 1: Stage 1 in a risk assessment: Classifying the probability of an explosion, following VDI Standard 2263 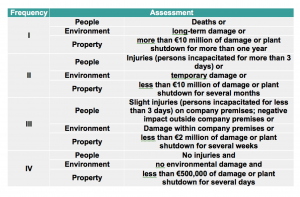 Fig. 2: Stage 2 of a risk and hazard assessment: Classifying the impact of an explosion 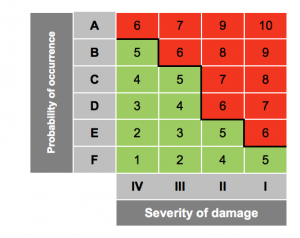 Fig. 3: Stage 3 in a risk assessment: Based on the first two stages, you can now set up a matrix showing the potential risks of individual elements at the plant.

Next, both assessments can be merged into a matrix (see Fig. 3). The resulting indicators tell you whether and to what extent you need to protect the plant or parts of it. A green box means that no precautions are necessary. A red box, on the other hand, indicates that precautions are urgent. The higher the numerical rating, the more extensive your precautions should be.

An aside: How do explosions arise?

An explosion is based on the availability of oxygen from the air, a source of ignition and a combustible substance. In the event of a dust explosion, the distribution of dust is another factor.

However, not every dust-air mixture is explosive. What matters is the mixing ratio. Specific explosion limits have been identified for every common type of dust, and within those limits you can expect an explosive mixing ratio.

Common sources of ignition are hot surfaces, electric sparks and glowing embers, created in the process.

Fig. 5: An explosive pentagon: elements of a dust explosion

Depending on the results of the hazard and risk analysis, a number of proven precautions need to be taken. They are divided into explosion prevention and explosion protection. Preventive precautions are designed to prevent an explosive atmosphere and therefore to reduce the probability of an explosion. Wherever this is possible, combustible substances are replaced by substances that cannot produce an explosive mix. In addition, it is possible to overlay the substance-air mix with inert gases. This has the effect of lowering the content of oxygen from the air, so that no explosion can occur.

Additionally, preventive precautions concentrate on the avoidance of effective sources of ignition. This includes, for instance, the use of suitable equipment, protecting the product flow from impurities and monitoring the earthing of the system with a view to preventing electronic discharge.

Protective precautions involve reducing the impact of a possible explosion to a more moderate level, so that the resulting damage is less severe. This includes conventional venting through the use of explosion vents, flameless venting, explosion isolation and explosion suppression. This kind of explosion safety is a vital necessity in virtually all plants, because …

As protective precautions are of such high relevance, we shall briefly outline the most common safety systems at this point:

Conventional venting through the use of explosion vents

If a plant is situated outside buildings or if parts of a plant are next to an outer wall, one frequent safety precaution is to install explosion vents. Such precautions are usually applied, for instance, to stationary silos, filters and elevators situated outside of buildings. If an explosion occurs, the explosion vent protects the system by opening. This reduces any overpressure within the vessel, and the explosion is released to the outside. As virtually no processes are the same, there are numerous types of explosion vents which differ in shape and material and also in their resistance to temperature, pressure and vacuum. Even processes with considerable hygiene requirements can be equipped with explosion vents today. The explosion vent EGV HYP, made by a German company, was highly successful in passing the EHEDG (European Hygienic Engineering & Design Group) cleanability test. The test involves ensuring the in-place cleanability of plant components where this is a practical requirement for the manufacturing of perfectly hygienic products. 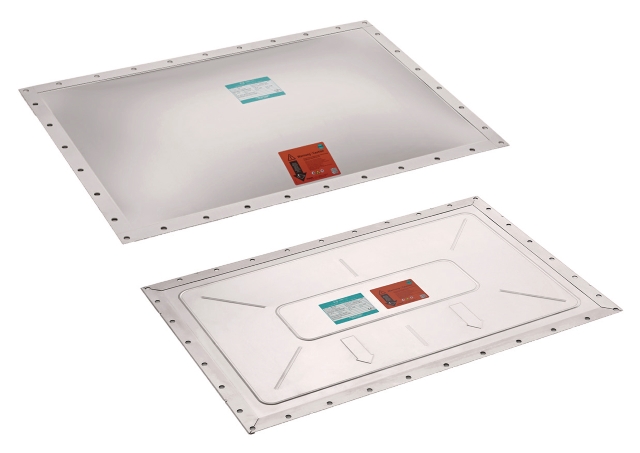 Fig. 6: Explosion vents differ from one application to another, and precautions mostly involve the use of rectangular products. 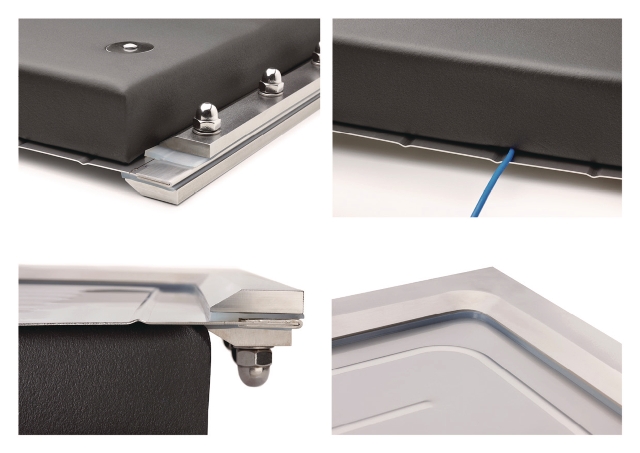 If a plant is situated within a building, however, explosion vents are not suitable for pressure relief purposes, as the safety area around them is inadequate to relieve the emerging dust and flames. Such an arrangement would pose an enormous safety risk to humans and machinery. This problem is often solved through the use of vent ducts, which channel the spread of an explosion to the outside. The disadvantage, however, is that it prevents any process-optimised plant design and is usually very expensive: the longer the distance between an explosion and its source, the higher the pressure which the vent duct and the plant need to withstand. This results in higher (production) costs for the vent duct.

Flameless venting, on the other hand, is an option that is both economical and effective. Different manufacturers use different technologies in flameless venting.
Let us have a look at one particular technology at this point: The special mesh filter that is used in a Q-Box or Q-Rohr efficiently cools down any flames, preventing both flames and pressure from emerging and ensures particulate retention. The typical increase in pressure and noise that accompanies an explosion within a building is reduced to an almost imperceptible minimum, thus protecting both humans and machinery. In addition to the special stainless steel mesh filter, the Q-Rohr and Q-Box each have an explosion vent with an integrated signalling system that alerts the process control system when the explosion vent has opened.

An active system is alerted to an explosion at an early stage, when an explosion begins to develop. This is done through sensors or detectors which register the rise in pressure or the formation of flames and respond by activating the relevant isolator, e.g. a quench valve.

Passive isolation, on the other hand, responds purely mechanically to the spreading or loss of pressure, on account of its structural characteristics. This also applies to explosion valves. Under normal operation an explosion valve in a pipeline is kept open by the available flow. When an explosion occurs, the valve is closed by the spreading of the pressure front, thus effectively preventing the pressure and the flames from propagating any further.

In addition to the methods mentioned so far, another constructional precaution is explosion suppression. It means eliminating the explosion at its very onset. This is made possible by detectors which register the presence of sparks or flames through sensors and immediately trigger the opening of tanks containing an extinguishing agent (also installed in the system). A highly effective extinguishing agent is released within milliseconds, nipping the explosion in the bud straightaway. If required, an explosion suppression system can also be used for explosion isolation purposes. 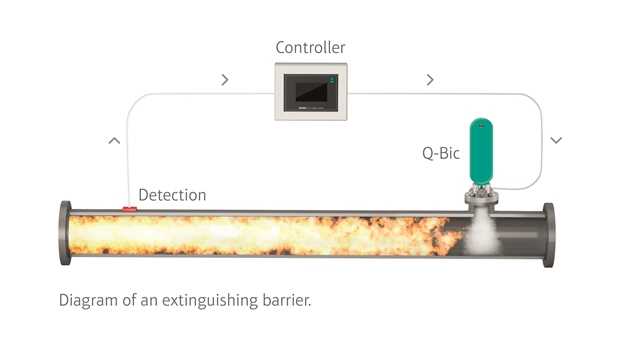