Paper is an extremely easy material to recycle. In Europe, over 70% of all paper-based products are recycled. Waste paper is collected and pressed into large bales, which are then delivered to paper manufacturers. These bales are generally stored outside in waste paper storage yards, where the risk of fire is very high. Paper manufacturer Saica, which relies on the Pyrosmart early fire detection system by Orglmeister at various different sites, provides an excellent example of how to minimise fire hazards. 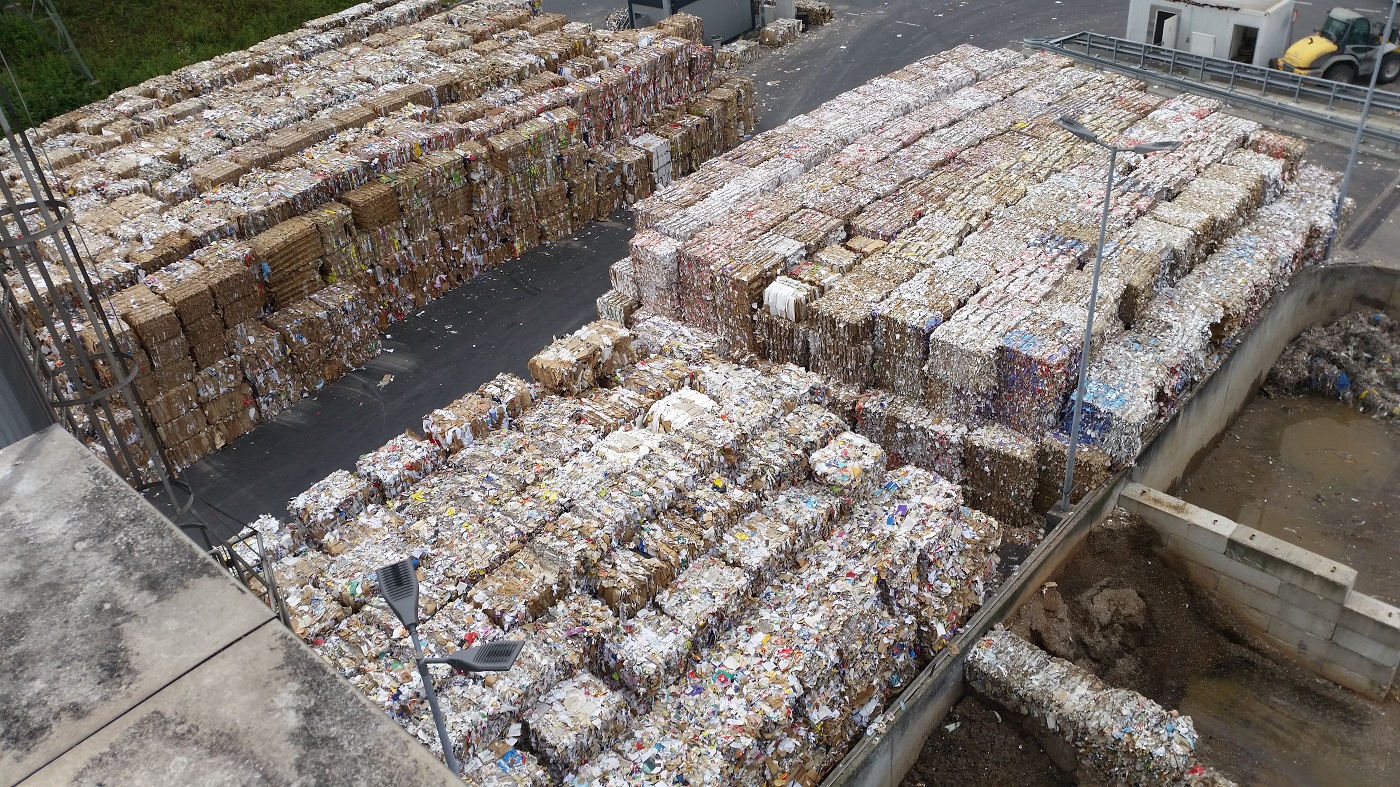 It’s summer 2016 and seemingly everything is running as normal in the outside storage area at the Saica paper factory in Manchester. This factory is one of the largest facilities owned by the Spanish company, which operates a total of 49 plants in nine European countries. Day in, day out, dozens of lorries deliver bales of waste paper to the Manchester factory, where they are used as the raw material for paper manufacture. As 4 p.m. approaches, one of the bales is already significantly hotter than usual upon unloading. Mere minutes later, a fire breaks out, caused by the bales that have just been unloaded. The company’s private fire brigade arrives on the scene in minutes, enabling them to get the fire under control in no time. 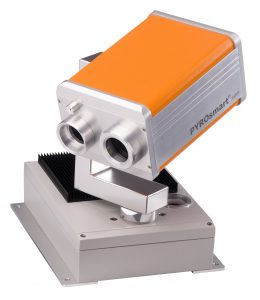 The fire brigade has a Pyrosmart system (one of three installed at the site) to thank for enabling them to start fighting the fire so quickly. On average, the 3000 square-metre outside storage area contains 22,000 tonnes of waste paper bales. Storing paper is always associated with a comparatively high risk of fire, since it can be ignited by touching hot parts of vehicles or by sparks. In the open, however, it goes without saying that conventional methods of fire detection, such as line detectors or smoke aspiration systems, are simply not practical. This is why Saica made the decision back in 2015 to equip its factory in Manchester with an innovative early fire-detection system that uses infrared technology (see text box) – the Pyrosmart system from Orglmeister Infrarot-Systeme. The system comprises an infrared thermal imaging camera and a daylight camera which are housed together in a special casing. A mechanical swivel mechanism equipped with robust special drives allows a large area to be continuously monitored. Three Pyrosmart systems in total are installed at the Manchester plant. Positioned as they are in two corners of the storage area and on the opposite side, the systems are able to oversee the entire outside storage space. Using patented software, the thermal images captured are then put together to create an accurate and detailed infrared panoramic image. The system’s computer used for visualisation is installed in the control room. This is where the infrared panoramic image is displayed, which shows a temperature for every point in the monitoring area. The modular software enables freely selectable temperature thresholds to be set, at which different actions must be performed. This can be a pre-alarm, for example, which warns the employee of rising temperatures even before the ignition temperature is reached. In this way, a potential fire can be detected and located before it breaks out, due to a rise in temperature. If a further temperature threshold is exceeded, an alarm is then triggered automatically.

The Pyrosmart systems captured the progression of the fire in the outside storage area at the Manchester factory in its entirety. This made it possible for the company’s fire prevention team to identify the source of the bale fire afterwards. The images recorded by the Pyrosmart system even enabled them to conduct in-depth analyses of how the fire spread over time and of the firefighting action. This allows them to draw conclusions that could help avoid such incidents in future, as well as organise firefighting measures even more effectively. Saica’s fire prevention team were extremely happy with the Pyrosmart system. “If we hadn’t had the early fire-detection system in operation, the incident might have taken a catastrophic turn,” explains a logistics manager at Saica: “Being able to react quickly meant we only lost around 20 tonnes of material and production only had to stop for about four hours. Without the Pyrosmart system we’d almost certainly have had to close the factory for several weeks.”

The benefits offered by early fire detection have spurred other sites in the Saica Group to employ the Pyrosmart system in the future. With an annual production output of around 2.9 million tonnes, Saica is Europe’s leading paper manufacturer. The company operates two paper factories from its headquarters in Saragossa, Spain. At the Saica 1 site, two paper machines produce around 300,000 tonnes of recycled paper every year. Fire protection is of the utmost importance here because the factory site borders a residential area. Like at the Manchester plant, the bales of waste paper are stored outside, in a yard the size of two football fields. Decision-makers in Saragossa were delighted with the results of testing carried out with the system in the autumn of 2017 too. As the plant’s storage yard is divided into a total of eight bunkers by high concrete walls, planners had to take great care when positioning the cameras to ensure an unobstructed view of the area. In the future, four Pyrosmart systems installed on tall masts will keep an all-round watch over the outside storage area. Each system acts as a standalone special detector and autonomous fire alarm system that uses integrated fire alarm outputs to report incidents directly to the central fire alarm system. The system will be put into operation in May 2018. This will make Saica 1 the first paper factory in Spain to be equipped with an early fire-detection system like this, something that Saica is extremely proud of. If the system proves worthwhile, Pyrosmart systems will be installed at the second factory in Saragossa too.